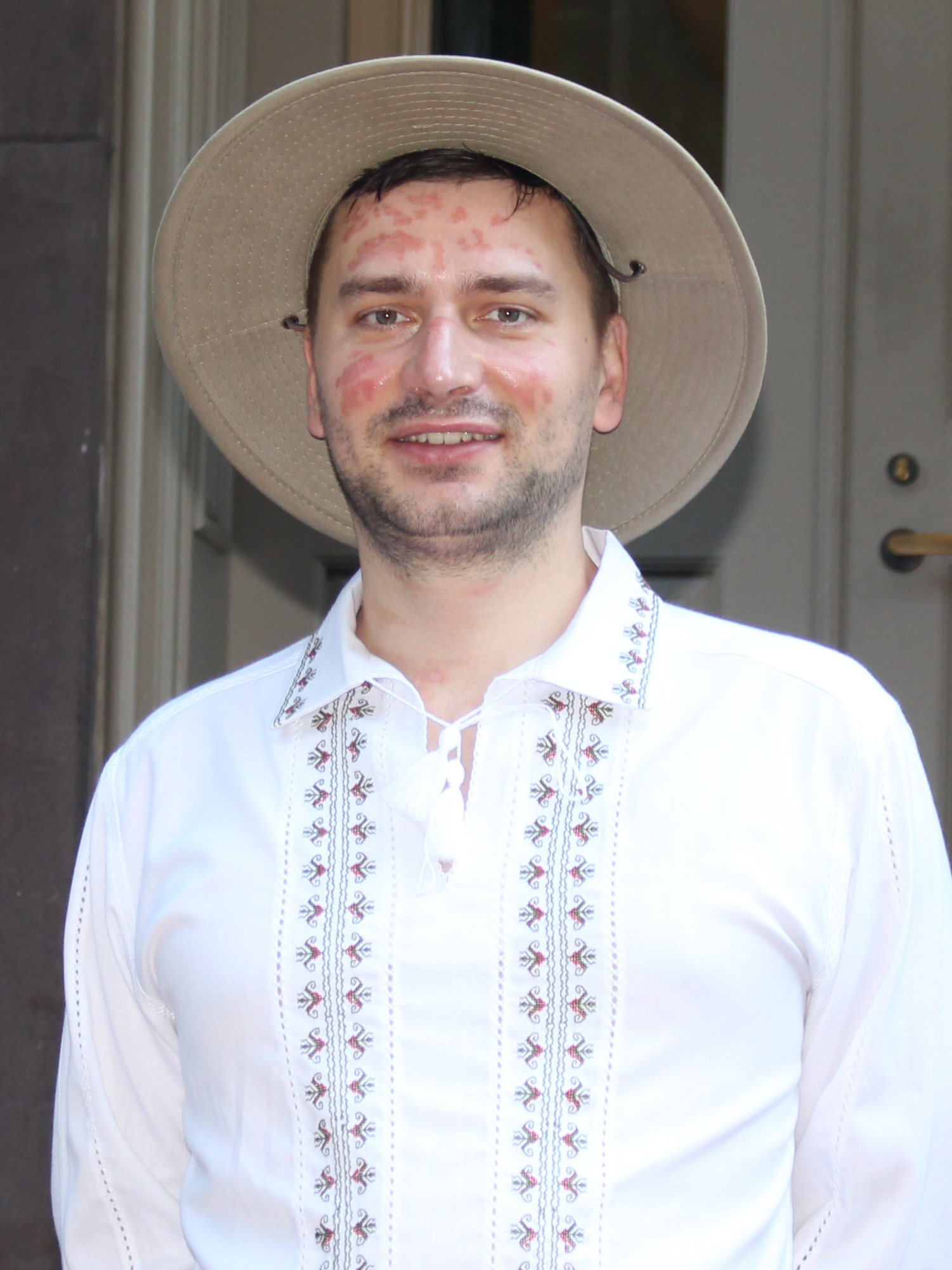 Eugeniu Cotelea is an addiction psychiatrist from Chișinău in the Republic of Moldova. He completed his medical and residency training in psychiatry at the University of Medicine and Pharmacy Nicolae Testemițanu in Chișinău. In 2018, while working at the Republican Hospital of Narcology, he received a certificate of specialization in addiction medicine, a field known as narcology in Moldova. This same year, he became a member of the Moldovan Society of Psychiatrists, Narcologists, Psychotherapists and Psychologists. Dr. Cotelea has experience working with various types of addictions employing a variety of medical and psychological interventions. He presented a paper at a medical conference and published an article in the Moldovan Medical Journal about the assessment and treatment of tuberculosis in substance abusers. During his fellowship, Dr.Cotelea’s goal is to learn more about the approaches to treatment and prevention of addiction in the U.S. and to improve his knowledge of medical informatics and biostatistics. He will then apply this learning to research projects in addiction medicine. He also hopes to gain experience in medical management. 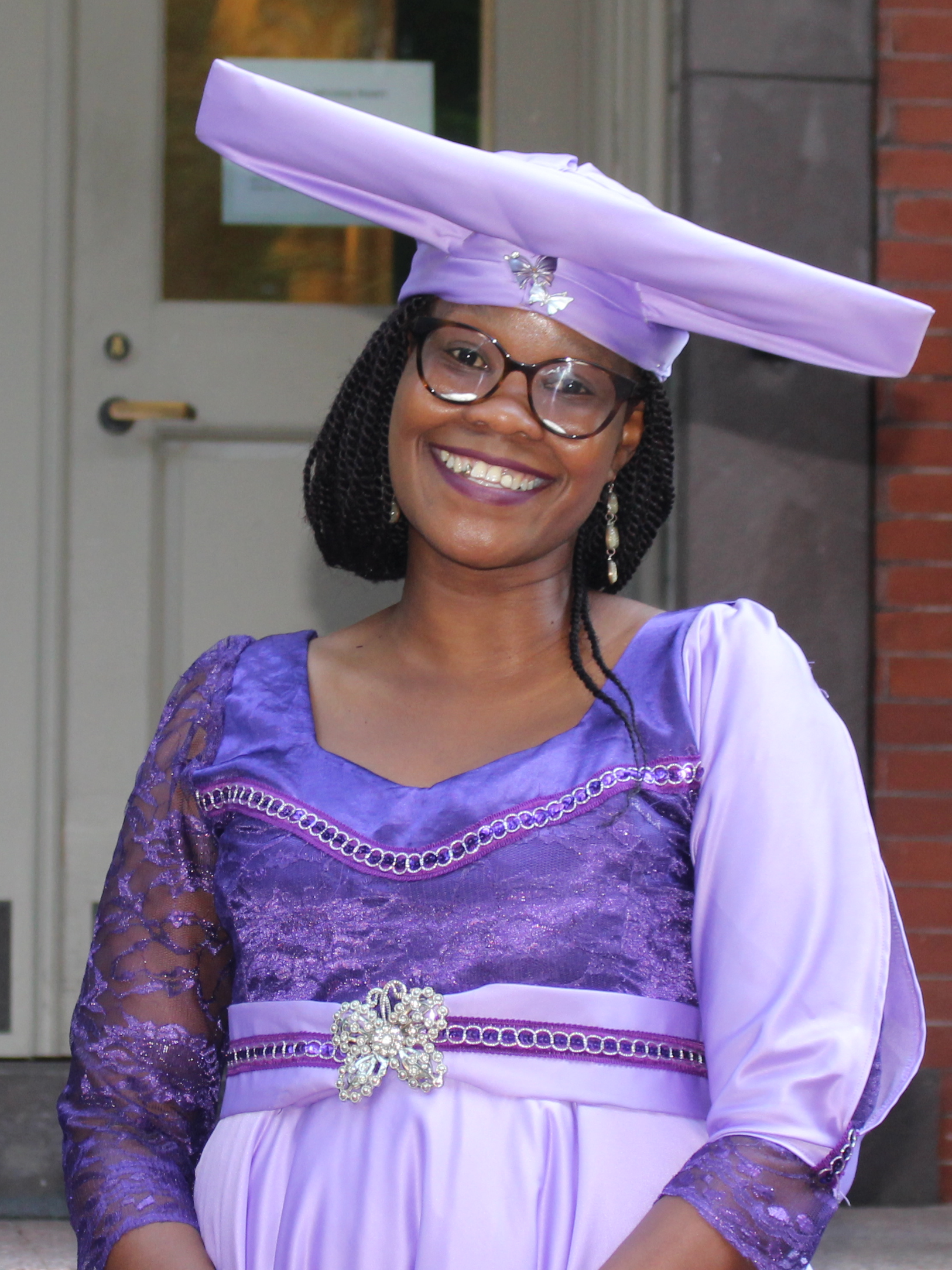 Ms. Marcella Katjijova, from Swakopmund, Namibia, is a psychological counselor who earned her bachelor’s degree from the University of Namibia. She currently works at the Ministry of Labor where her responsibilities include providing individual therapy, career counseling, pre-retirement counseling and motivational talks at schools, especially on addiction and sexual violence. She travels extensively throughout the region as a liaison to area social workers helping to identify and address community needs. Ms. Katjijova has held various leadership roles in the community, serving on the Regional Gender Permanent Task Force that assists both men and women who have experienced sexual violence, human trafficking, and rape. In 2016, Ms. Katjijova became the general secretary for the Southern African Development Community Youth Network, an organization whose mission is to alleviate poverty and enhance the lives of southern Africans by achieving sustainable development and economic growth. Ms. Katjijova was awarded the Mandela Washington Fellowship in 2017 for her civic leadership. During her fellowship, Ms. Katjijova wants to focus on improving her research, counseling, and public speaking skills as well as increase her knowledge about innovative substance use prevention and treatment models. 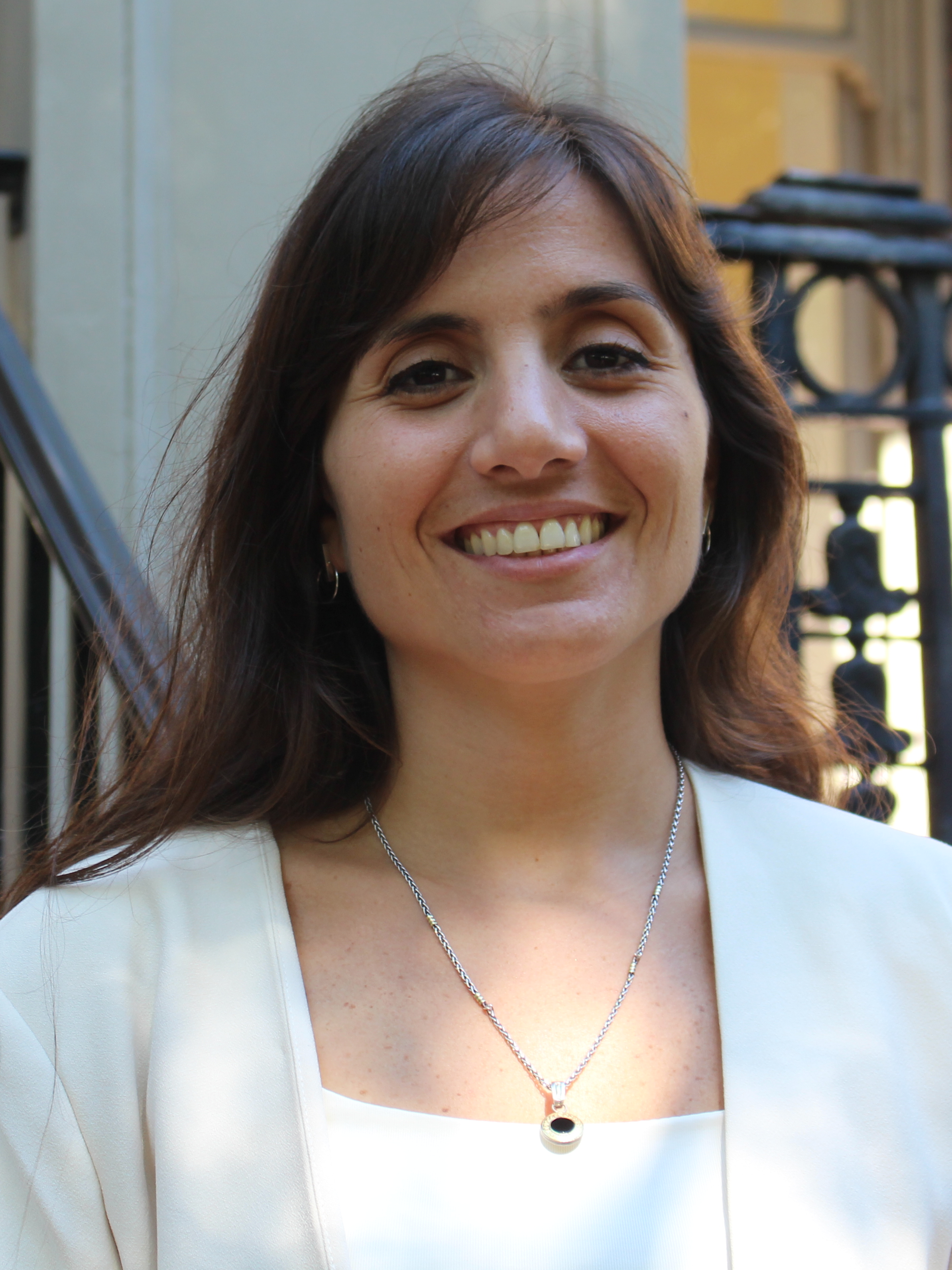 Ms. Leticia Keuroglian, from Montevideo, Uruguay, obtained a bachelor’s degree in sociology from the University of the Republic of Uruguay. In 2013, she received a postgraduate diploma in drug addiction, and in 2018 she received a master’s degree in social psychology. While attending college, Ms. Keuroglian volunteered for three years with the National Drug Secretariat of Uruguay in a drug rehabilitation center. In 2012, she was the leading researcher on a study focused on analyzing drug use in one Montevideo neighborhood. Following this experience, Ms. Keuroglian became a technical assessor for the National Drug Board of the Presidency of the Republic of Uruguay where she still works. In this position, she does research for the Uruguayan Drug Observatory (UDO) where her duties include data analysis, report writing, and scientific research. Among her many responsibilities, she manages two information systems: one is a treatment register and the other is the Early Warning System to track the use of new psychoactive substances and emerging drug trends. During her fellowship, Ms. Keuroglian’s goal is to enhance her knowledge about drug research methods and new data analysis techniques. She would also like to learn more about epidemiology, US drug surveillance, and the work currently being done by the National Institute on Drug Abuse. 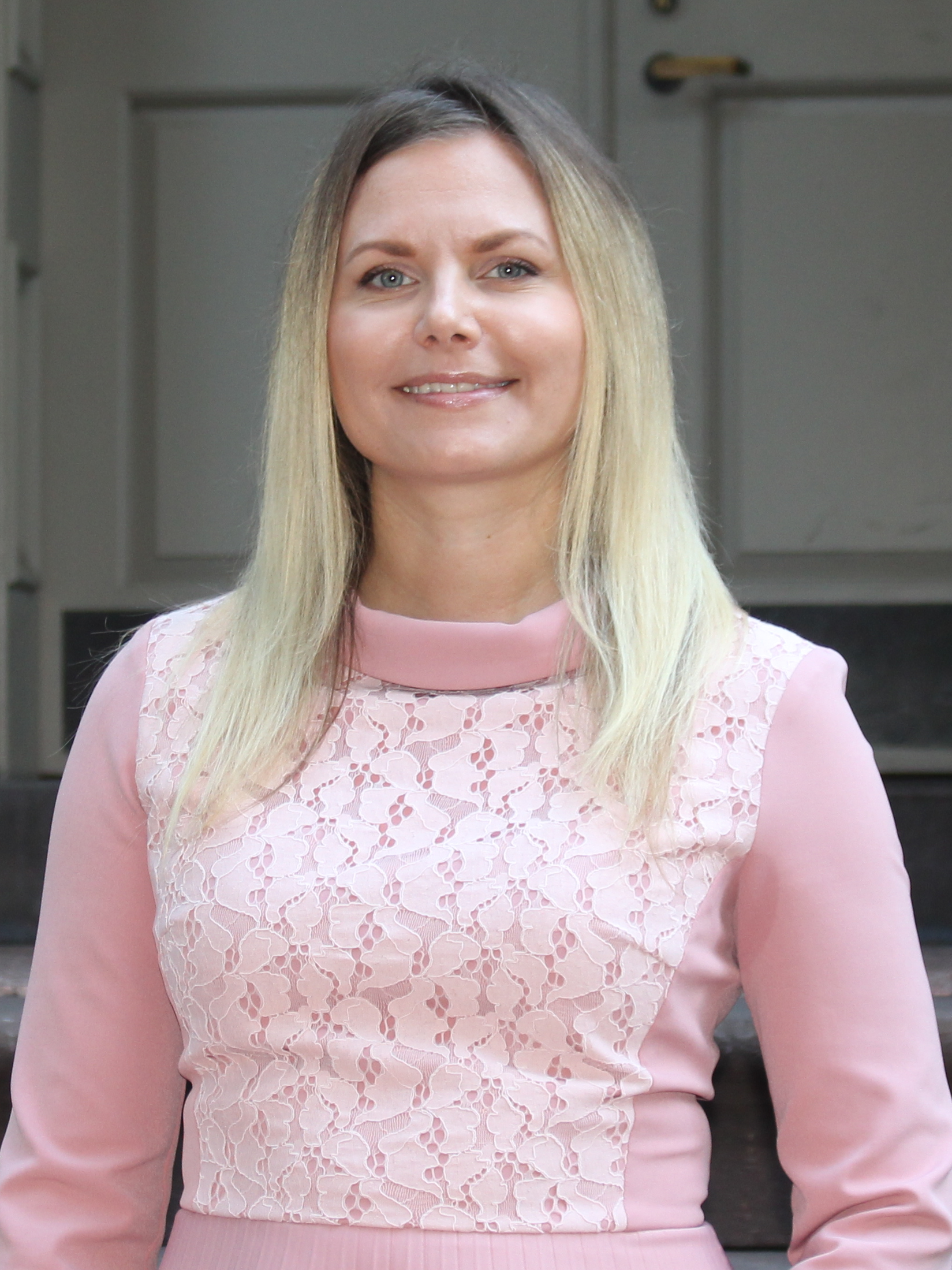 Ms. Kristina Köhler, from Tallinn, Estonia, received a bachelor’s degree in psychology in 2008 from Tallinn University. After graduating, she began working as an analyst for the Ministry of Social Affairs of the Republic of Estonia. In 2010, she earned a master’s degree in public health with a specialization in epidemiology from the University of Tartu. She currently holds the position of adviser in the analysis and statistics department at the Ministry of Social Affairs. The main area of her work is public health analysis and research. Her responsibilities include assessing and monitoring all Estonian development plans and strategies to ensure that health-related issues are addressed in accordance with current policies. In recent years, Ms. Köhler has been actively involved in policy development related to obesity and nutrition, particularly the sugar-sweetened beverages tax. She has collaborated with organizations such as the World Health Organization, the European Commission and the Organization for Economic Cooperation and Development. During her fellowship, Ms. Köhler plans to focus on improving her public health policy and management skills. She hopes to learn more about the process of translating research into policy and evidence-based policy tools. She also would like to enhance her skills related to project management, public speaking, data visualization and public health intervention development and evaluation. 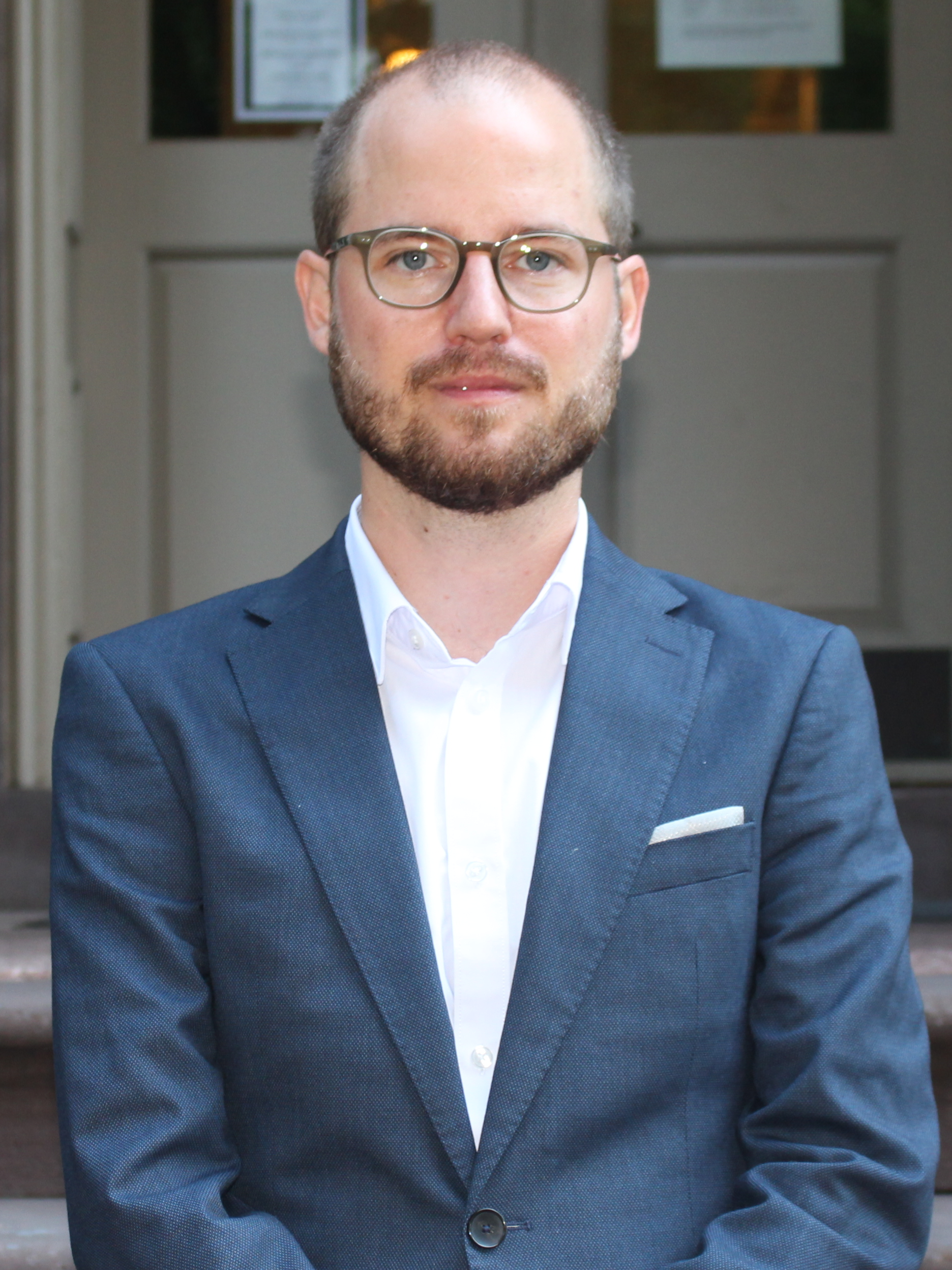 Adam Kurilla, from Bratislava, Slovakia, earned his bachelor's and master's degree in psychology from Comenius University in Bratislava, Slovakia. In 2010, Adam joined an NGO that provided social and psychological services for people with mental disorders. For six years, he worked at this organization as a psychologist in the rehabilitation center and as a coordinator for the housing and social counseling services. During this time, Adam also volunteered with several projects focused on the de-stigmatization of people with mental disorders. In 2016, he took a position at the Center for Treatment of Drug Dependencies as a psychologist and junior researcher. Adam recently completed a specialization in clinical psychology from Comenius University as well as training in cognitive-behavioral therapy (CBT) from the ABC Slovak Institute for Training in CBT to become a certified psychotherapist. He is currently working on publishing his research in the field of behavioral addictions. During the Humphrey Fellowship, Mr. Kurilla seeks to improve his research skills as well as his knowledge about evidence-based treatments for behavioral addictions including their implementation and evaluation. 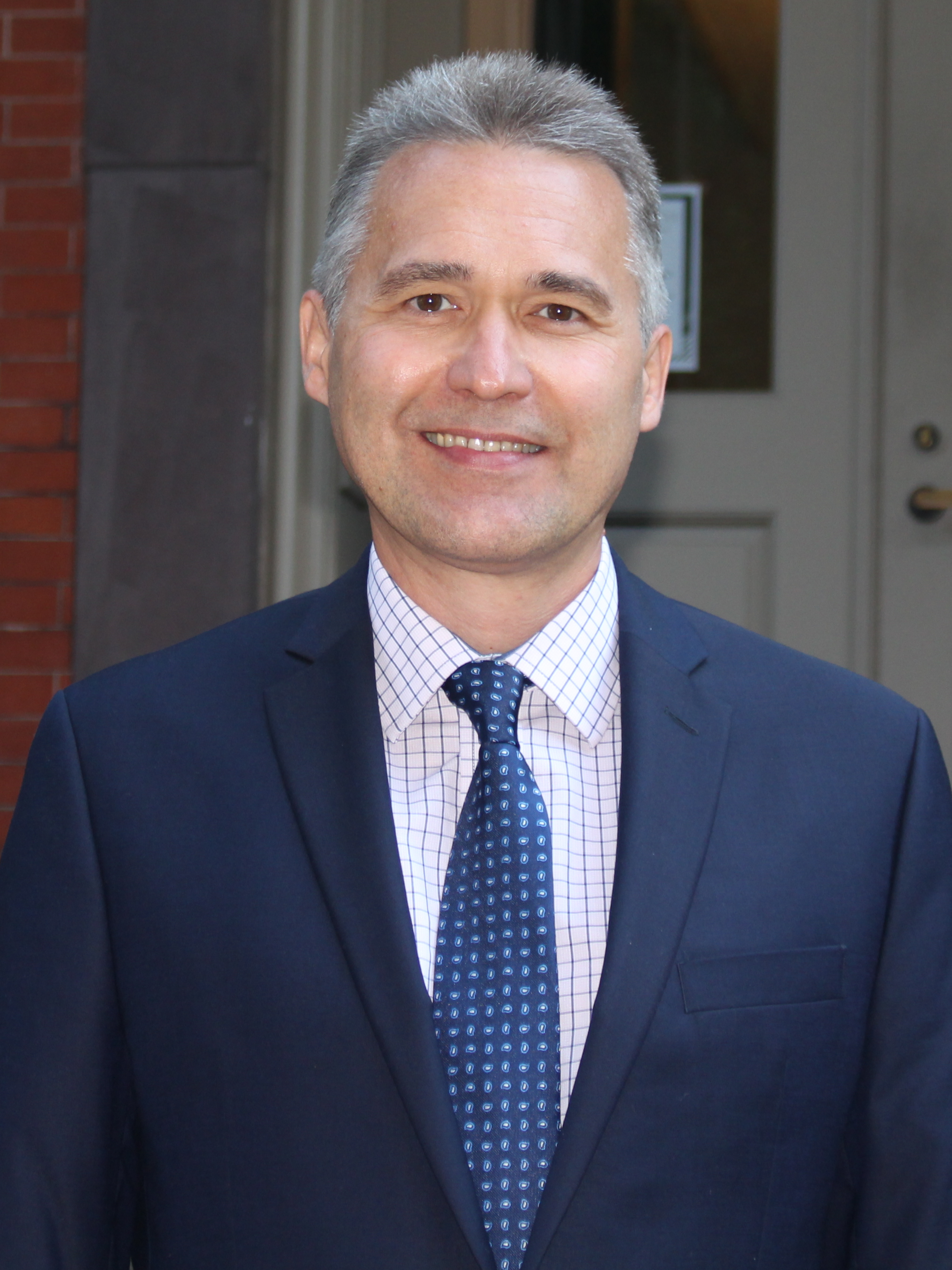 Dr. Oleg Lukyanovych, from Vinnytsia, Ukraine, earned both his medical and obstetrician-gynecologist specialist’s degrees from Vinnytsia National Pirogov Memorial Medical University, in 1994 and 1997, respectively. He has 25 years of experience providing clinical care to patients, and 8 years of administrative experience as the head of the gynecology department at Vinnytsia Clinical Maternity Hospital No. 1. From 2002 to 2017, Dr. Lukyanovych served as the chairperson of the board of directors for Public Health Fund, a local NGO in Vinnytsia that he also founded. For 15 years, in this position, Dr. Lukyanovych helped to develop and implement programs on reproductive health, HIV/AIDS prevention, and the prevention of sexually transmitted diseases while also assisting in the computerization of rural hospitals in the Vinnytsia region. From 2010 to 2014, Dr. Lukyanovych participated as a national expert on the Ukrainian-Swiss Program “Mother and Child Health.” As a result of this work, he created two clinical protocols for the Ministry of Health, published three guidelines, and conducted numerous workshops for medical doctors throughout Ukraine. Dr. Lukyanovych’s area of interest is public health policy and management. During his fellowship, he would like to develop the skills he needs to be more effective in implementing medical reforms in Ukraine. 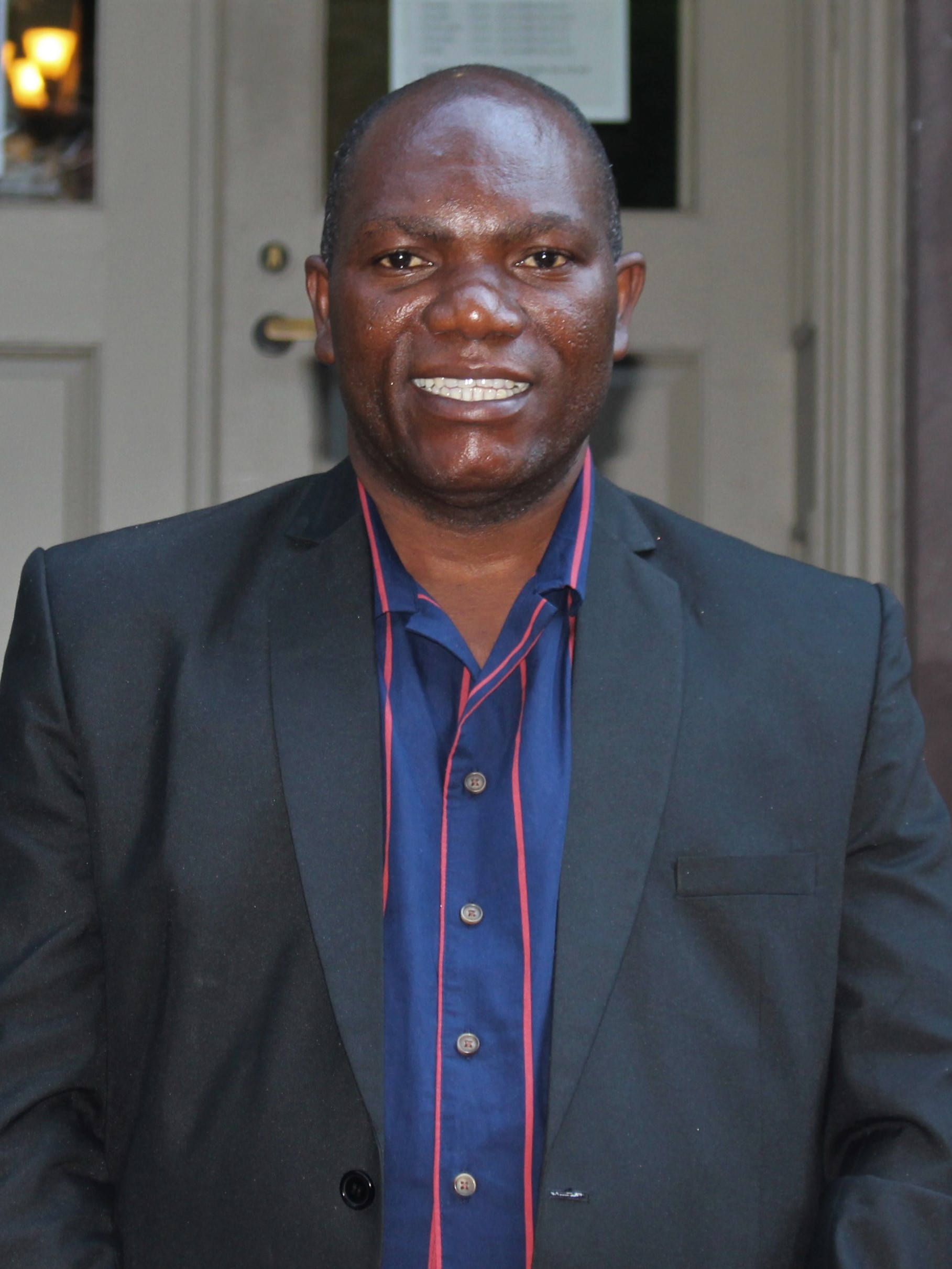 Venant Mligo is from Dar es Salaam, Tanzania. He earned a bachelor’s degree in education from Mzumbe University in 2013 and a diploma in education from Morogoro Teachers’ College in 2005. He worked for three years as a secondary school teacher and has more than 10 years of experience managing and monitoring student welfare programs including substance abuse prevention and gender-based violence services. Mr. Mligo also has worked with the Tanzania Ministry of Home Affairs in the division for Crime and Substances Abuse Prevention, and he has participated in many training programs sponsored by UNDP, ICRC, UNHCR, UNICEF, and the Peacekeeping Operations Training Institute. Mr. Mligo is the founder of Youth Education Support, a community-based organization that provides counseling services to youth with substance use disorders. Since 2013, Mr. Mligo has led a voluntary youth empowerment program that teaches life-skills and provides guidance and counseling to youth. He has conducted research on adolescent substance use and HIV/AIDS. Mr. Mligo’s goals for his fellowship include enhancing his knowledge of substance use education, prevention strategies, treatment programs, and research methods. Once he has completed his fellowship, he hopes to implement a national rehabilitation program for students with substance use disorders in Tanzania. 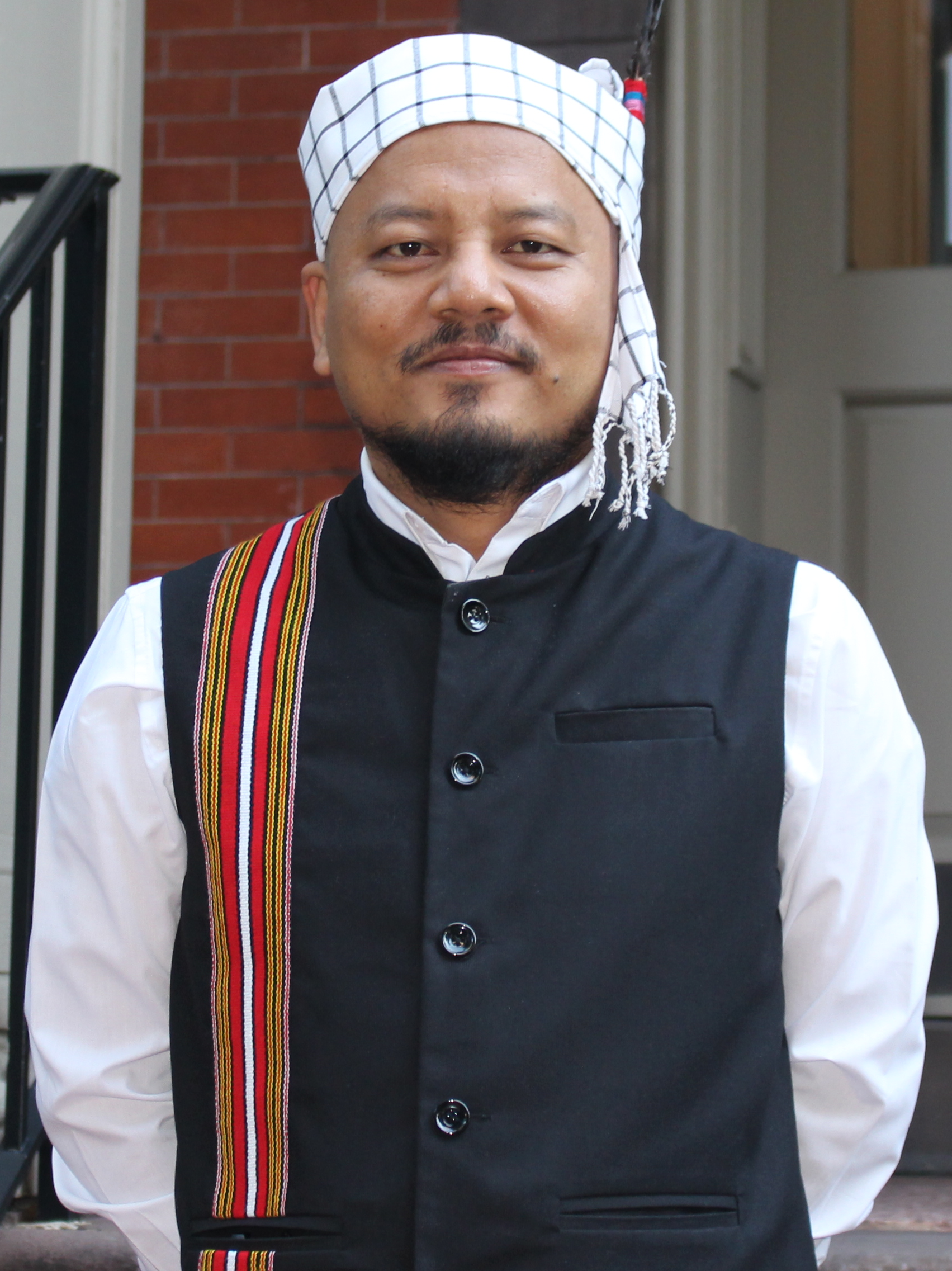 Dr. Lalchhanhima Ralte is a public health physician from Aizawl, India. He obtained his medical degree from Gandhi Medical College, in Bhopal, India. He also holds post-graduate degrees in public health from the Sree Chitra Tirunal Institute for Medical Sciences and Technology and in HIV management from Stellenbosch University in South Africa. Dr. Ralte currently works at the Presbyterian Church of Mizoram’s Synod Hospital where he is in charge of the substance abuse detoxification ward and HIV and palliative care units. Dr. Ralte is actively involved in community and professional activities related to substance abuse and HIV in Mizoram, India. He conducts research on behalf of the Mizoram Presbyterian Church on substance abuse topics ranging from alcohol to amphetamine use among the Mizo rural culture. Dr.Ralte has been generating awareness on HIV and substance abuse, especially among young people and other vulnerable populations in his state. He has been instrumental in the implementation of India’s Narcotic Drugs and Psychotropic Substances Act of 1985 in Mizoram, making it easier for palliative care patients to access morphine. During his fellowship, Dr. Ralte plans to study innovative substance abuse prevention approaches, their implementation and impact. He would also like to strengthen his knowledge and skills in research and explore how faith-based organizations deal with harm reduction strategies. 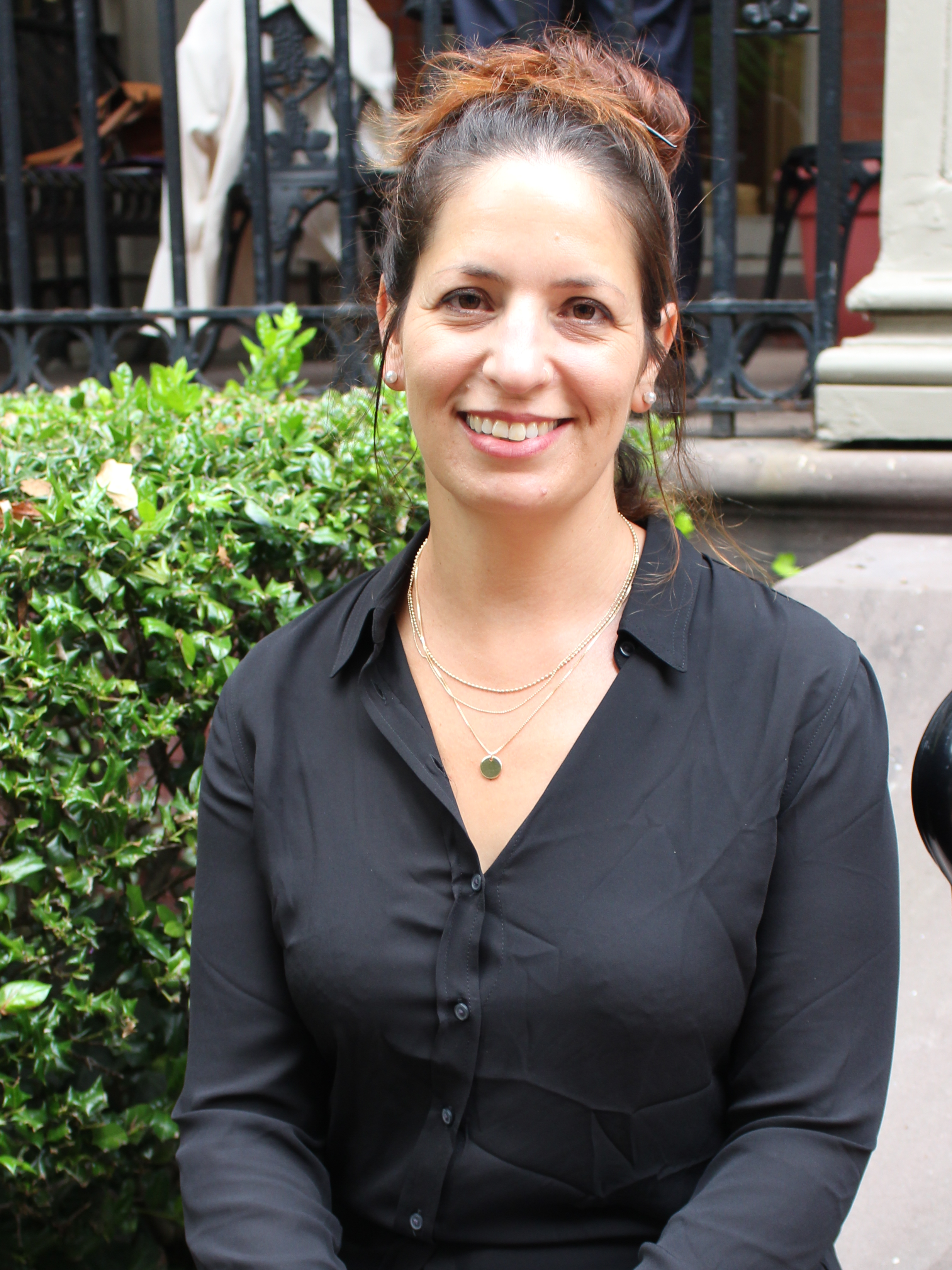 Heftziba Golan Rand, from Maale Gilboa, Israel, graduated from the Hebrew University of Jerusalem with bachelor‘s and master’s degrees in social work. Before starting her fellowship, Ms. Rand was the director of a treatment center for youth victims of sexual assault operated by the Elem Association and the Ministry of Welfare in Afula, Israel. The center provides individual, family, and group treatments for victims of sexual assault. Under the direction of Ms. Rand, the center also offers diagnosis and treatment for children with harmful sexual conduct and has developed a community education and prevention program on sexual assault. Ms. Rand is a practicing psychotherapist who manages a team of counselors and also leads the advocacy and educational efforts for the organization. In 2017, she joined a Knesset committee where she mentored a group of lawyers advocating on behalf of sexual assault victims and their families. Since 2016, Ms. Rand has volunteered with a humanitarian delegation providing psychosocial care to Syrian refugees to reduce the effects of trauma on children. During her fellowship, she hopes to identify potential partnerships and resources that can enhance her work providing legal, medical, psychiatric and other therapeutic support to youth victims of sexual assault. 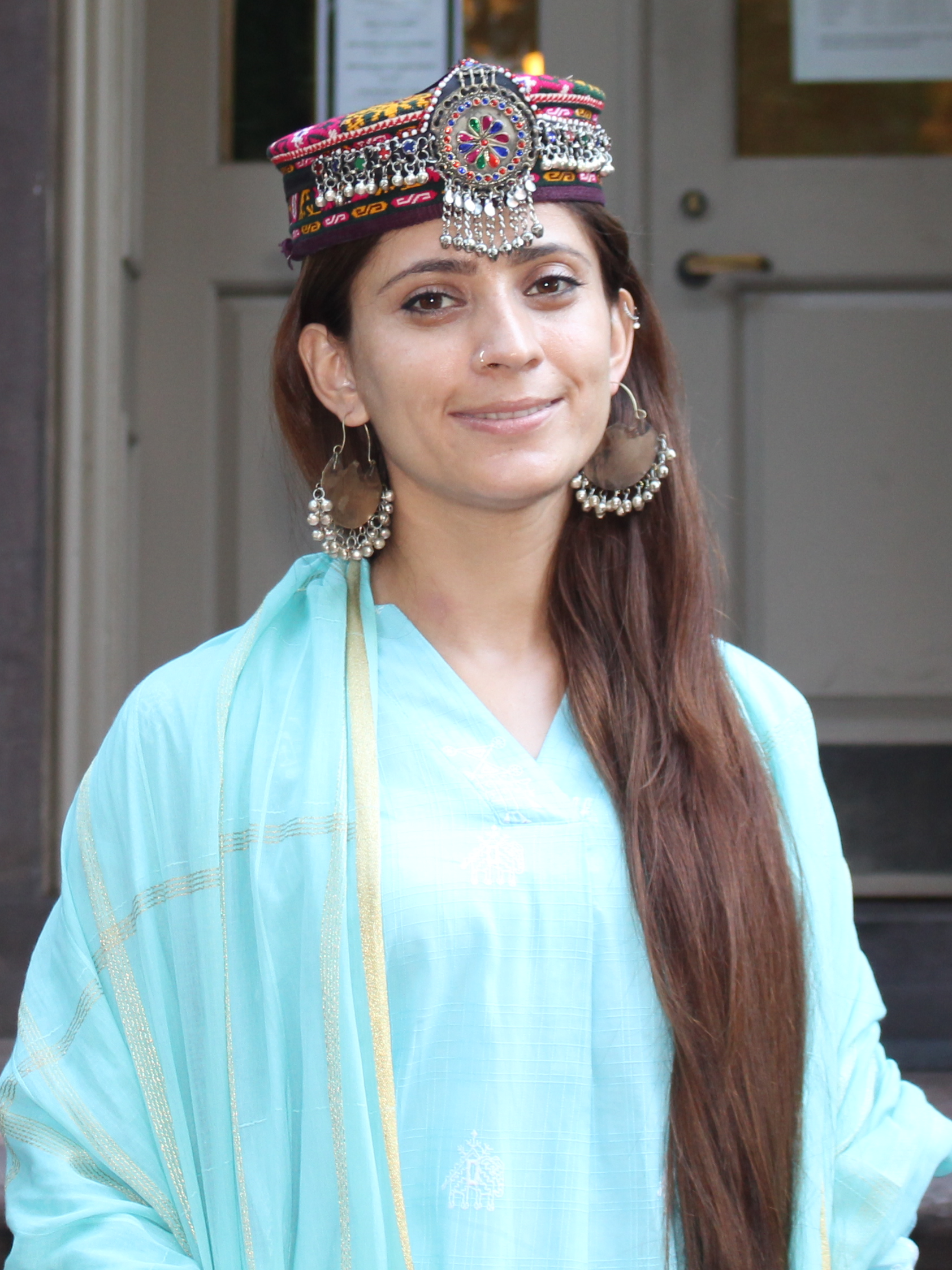 Ms. Sumaira, from Gilgit-Pakistan, earned a master’s degree in communication and media studies from Fatima Jinnah Women University in Pakistan. She is a drug prevention coordinator at the Aga Khan Rural Support Programme, working to improve the quality of life for people living in remote communities in the Gilgit-Baltistan region. Ms. Sumaira has over five years of professional experience working with substance abuse prevention programs. In her current position, she leads community-based awareness programs, school-based skills initiatives, and family-focused development activities for youth and women. In addition, she has utilized her training experience with Aga Khan Foundation and Global Affairs Canada to create interactive counseling and training materials addressing relapse prevention. Ms. Sumaira is a volunteer member at the Aga Khan Social Welfare Board and the Aga Khan Youth and Sports Board, where she works closely with at-risk youth. She is determined to reduce the increasing trend of drug abuse in educational institutions through evidence-based prevention strategies, particularly opium abuse among girls in Gilgit-Baltistan. During her fellowship, Ms. Sumaira seeks to learn more about how to design and develop relevant communication strategies and policies based on international best practices in the areas of prevention and education regarding substance abuse.

This is a program of the US Department of State, administered by the Institute for International Education.